Yogen Früz is the Title Sponsor for The Brain Project 2019

It is with great honour to announce that Yogen Früz is the Title Sponsor for this year’s Brain Project!

As Title Sponsor of the Brain Project, we are supporting Baycrest Health in an initiative, which encourages Canadians to get a “head start” on brain health from a young age. This project is supported by artists, celebrities and researchers to “change the future of brain health”.

The Yogen Früz Brain Project returns for a vigorous campaign, to raise brain health awareness and to advance ground breaking research on dementia and aging. In Canada, more than 564,000 individuals are currently living with Alzheimer’s or other forms of dementia. People are affected starting as young as individuals in their 30s. This is a public health concern worldwide. 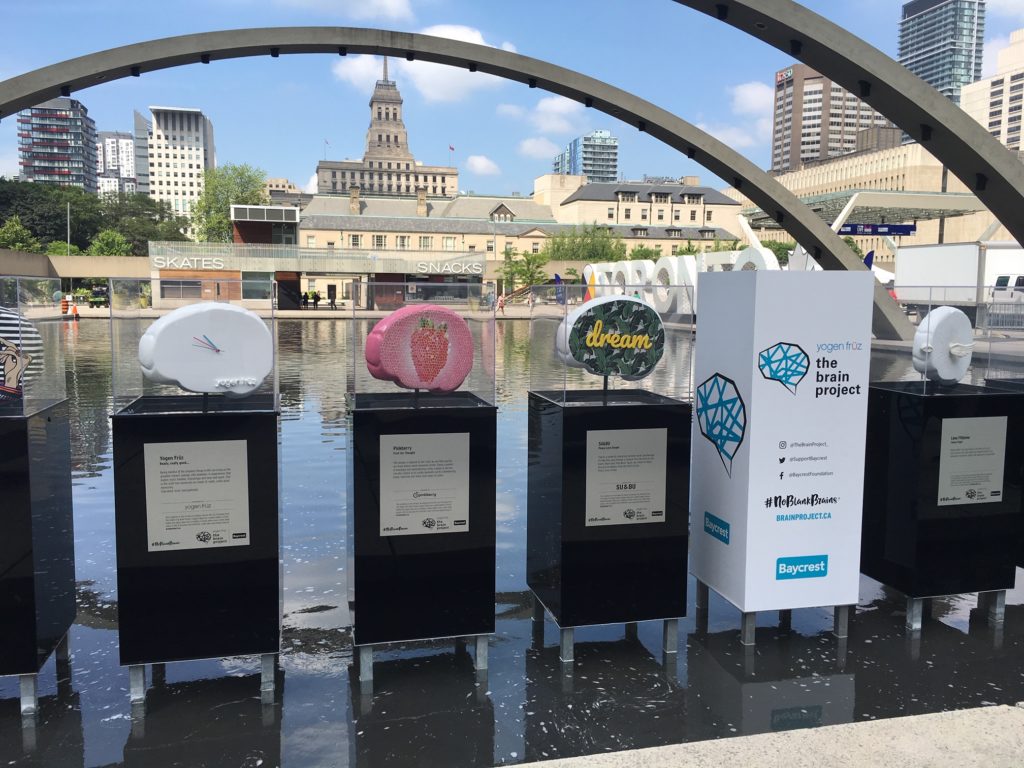 If you’re in Toronto, make sure to follow the Brain Exhibit, public exhibit of the brain sculptures created for the Brain Project:

August- the brains will be at various locations in Toronto: Nathan Phillips Square, The Distillery District, Brookfield Place, Union Station and other popular landmarks

September until January 1st, 2020- the brains will be moved to Yorkdale Shopping Centre

RSS feed for comments on this post. TrackBack URL

This website uses cookies in order to offer you the most relevant information. Please accept for optimal performance.Yes, I accept cookiesMore Info